3 Ways To Boost Your Immune System During COVID-19 Outbreak ➟

Healthiest Foods to Keep in Your Pantry

Keeping your pantry filled with healthy food is a great way to ensure you always have the ingredients available to make a nutritious meal. If you let your cupboard go empty, you might find yourself ordering out more often or shopping for unhealthy snacks for a quick energy boost.

It’s important to always have healthy proteins, fats, and carbohydrates on hand. Below, we’ve assembled a list of some of the best kinds of foods you can store in your cabinets.

Canned salmon is a great source of protein, and according to the FDA, has a much lower concentration of mercury than canned tuna. (2) Salmon is packed with omega 3 fatty acids that help reduce inflammation throughout your body and support your brain health. As reported by the USDA, canned pink and red salmon has a slightly higher level of omega 3s than fresh salmon. (3)

When buying salmon, you may want to look for Pacific salmon. Salmon caught from the Atlantic are more often farmed, and researchers have found that the crowded conditions of most farms can cause contamination. Additionally, farms have been accused of polluting the oceans. (10)

Organic canned turkey or chicken are both good ways to add protein to your recipes. Each 2 oz. serving yields around 12 to 14 grams of protein. Sticking to organic ensures that it’s free of antibiotics and hormones that may have negative health consequences.

Most organic canned turkey and chicken have the same nutritional value as a fresh bird you roasted yourself, and are made from breast meat—making them lower in fat and cholesterol. Even organic canned protein can be high in sodium, so always make sure you are reading the label.

If you’re not able to buy canned salmon, tuna can be a good occasional snack or source of protein after a workout. It has roughly 25-30g of protein per can, it’s cheap, easy to find and it can be used in a lot of recipes.

It’s important to look at the label when buying tuna. Tuna comes in several types such as skipjack, albacore, and yellowfin. The biggest concern with tuna is mercury contamination. Mercury is highly toxic in humans and can adversely affect your health. Some types of tuna are higher in mercury than others. Canned white tuna (albacore) has almost three times more mercury than skipjack tuna, which contains the lowest amount of mercury of any type of tuna. (1)

You can use this mercury calculator to get a rough idea of the maximum amount of tuna you can safely eat per day.

When buying tuna, it’s a good idea to look for the following:

Nutritional yeast is a popular ingredient that is often used to top dishes off with a cheesy-like flavor. Not only is it high in protein, it also provides an ample dose of fiber and vitamins, including vitamin B12.

Nuts, seeds, and nut butter are great low-sugar sources of fat you can keep in your pantry. You can eat nuts or seeds as a snack by themselves or add them to recipes. You can use nut butter as a dip for vegetables, mix it with yogurt, or eat it with fresh fruit.

It’s a good idea to avoid nuts or seeds that are roasted in canola or palm oil since these oils may increase inflammation throughout your body. Dry-roasted or raw varieties make healthier options. Nut allergies are also fairly common, so if you have issues with nuts, it’s a good idea to avoid them. Peanut butter is often contaminated with mold (and peanuts are technically legumes), so you may want to stick to other nut butter varieties like almond or cashew.

Coconut oil has a high concentration of a type of saturated fat called medium-chain triglycerides (MCTs). Unlike other types of fat, these fatty acids a reprocessed in your liver so your body can use them for immediate energy.

A 2015 review of studies looked at the effect of including more MCTs in your diet. (5) The researchers found that replacing other sources of fat with MCTs may encourage weight loss and help you lose body fat.

Cooking is the most common use of coconut oil due to its saturated fat content—making it one of the best oils for high-heat cooking. However, you can also replace your baking oils with coconut oil, or use it as a moisturizer, or even a natural deodorant.

When buying olive oil, it’s a good idea to stick to extra virgin oil that’s been cold-pressed. Cold-pressed means that the oil isn’t exposed to heat during processing that can potentially damage the nutrients in the oil.

Who wouldn’t want to keep dark chocolate in their pantry at all times? If you buy quality dark chocolate with a high cocoa content, sweetened only with natural sweeteners like monk fruit, stevia or maple syrup, then it is actually quite good for you.

A serving (40 grams) of dark chocolate with 70–85% cocoa, and sweetened naturally, can contain between 15-18 grams of fat. Not only is dark chocolate high in fat, it is rich in minerals, such as iron, magnesium, and zinc, and is found to be one of the best sources of antioxidants on the planet. (11)

Quinoa is much higher in protein than most other grains. It’s also one of the only vegetarian-friendly foods to contain all nine amino acids your body can’t make itself.

This grain also contains 5 grams of fiber per cooked cup. (7) It makes a great alternative to other sources of starchy carbs that are low in fiber like white bread or white rice. Quinoa also contains more than 10% of your DV of manganese, magnesium, phosphorus, folate, copper, iron, and zinc. ‍

Canned fruit doesn’t contain as many nutrients as fresh fruit. However, having a few cans in your cupboard can still be handy to use in baking or as an occasional treat. Dried fruit, such as dried figs, mangoes, and apricots  can also make a good addition to oatmeal, cereals, or other healthy meals.

It’s a good idea to look for dry or canned fruit that doesn't contain extra sugar or syrup. You can often find organic non-GMO varieties at your local grocery store.

There are plenty of healthy bread and cracker alternatives that you can keep in your cupboard. Some of these foods may still be high in calories or carbs, so try to eat them in moderation or save them as occasional snacks. Here’s a list of potential options:

It’s a good idea to avoid products with hydrogenated oils like palm oil, canola oil, cottonseed oil or added sugar. Some labels hide sugar under other names such as dextrose, barley malt, corn syrup, or maltodextrin.

Vegetables, Seasonings and Foods for Cooking

Soup broths like vegetable stock, chicken stock, or bone broth are great additions to every cupboard. Making soup is an easy way to increase your daily vegetable intake, so having broth available makes sure you always have the option.

Here’s a list of other odds and ends that may be handy to have in your pantry for cooking: 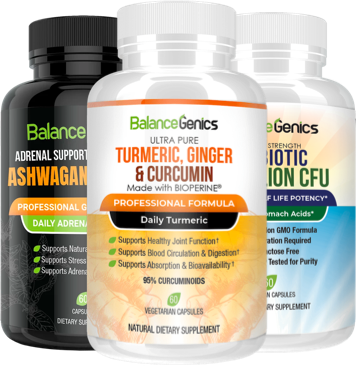 A complete trio of anti-inflammatory strength, gut health support and energy production. BalanceGencis Daily Bundle is the ultimate care your body is craving.

Check out our Natural Health Supplements

Our supplements are made of only the purest ingredients, that have been 3rd party tested, and sourced from a GMP certified facility.  Not only are our products non-GMO, they are also free of binders, artificial additives, preservatives, added sugars, gluten, soy, dairy and caffeine.
‍
Shop All 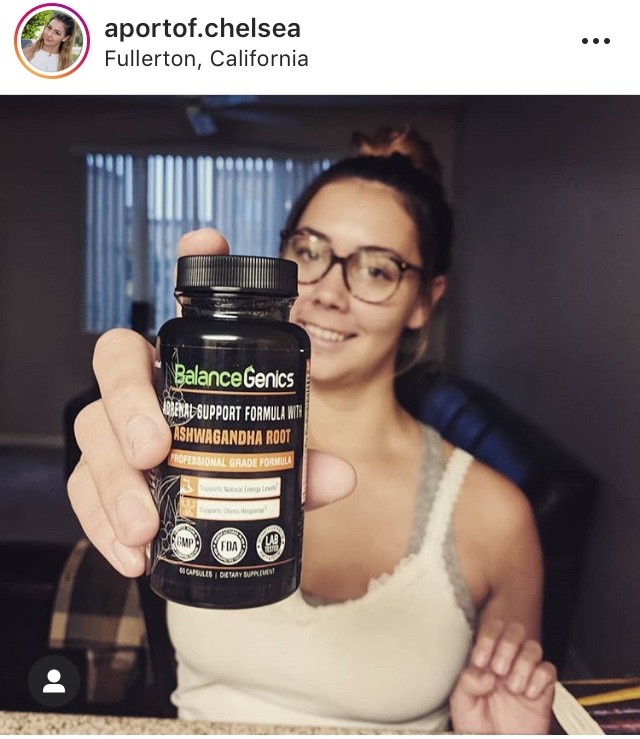 "BalanceGenics has the mission to: Optimize Health, Find Balance, Rejuvenate the Body, and Feel Better. Health is one of the highest forms of love you can give someone else." 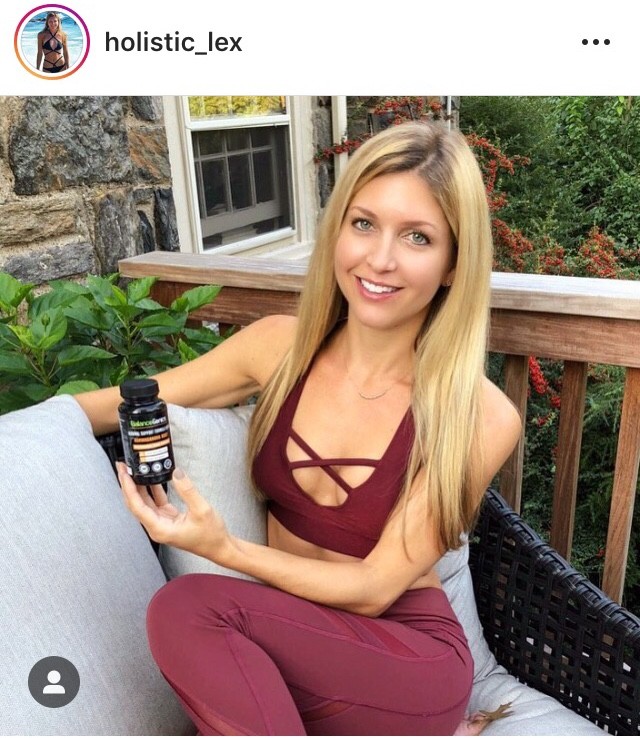 "Managing stress is just as important to your health (if not more) than diet alone!"

"Adaptogenic plants like Ashwaganhda & Holy Basil can support your adrenal glands effectively and safely to balance cortisol levels, and manage stress so that you feel more balanced and energetic! I prefer this trusted NON GMO brand BalanceGenics." 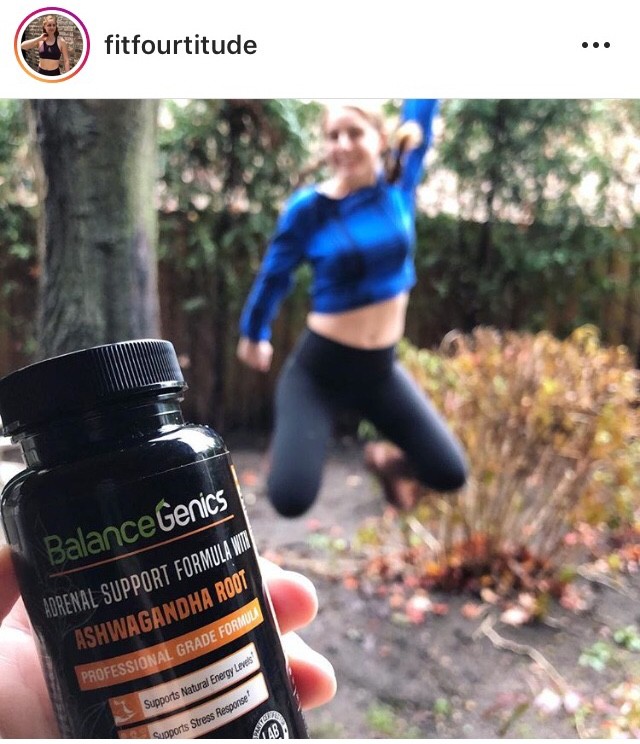 "Literally jumping for joy with all this new found energy I have! "

"BalanceGenics are made with 100% real ingredients and I can wholeheartedly say I have noticed a huge improvement in my overall mood and energy levels throughout the day."

Join the club and get exclusive deals, content and health tips.

Our supplements are made of only the purest ingredients, that have been 3rd party tested, and sourced from a GMP certified facility.  Not only are our products non-GMO, they are also free of binders, artificial additives, preservatives, added sugars, gluten, soy, dairy and caffeine.

WE STAND BY OUR PRODUCTS

Terms & Conditions | Privacy Policy  |  © 2020 BalanceGenics LLC.
*These statements have not been evaluated by the Food and Drug Administration. These products are not intended to diagnose, treat, cure or prevent any disease. The information on this website is designed for educational purposes only. It is not intended to substitute any informed medical advice or care. Always consult your physician before taking any nutritional supplement. Our nutritional supplements are manufactured in the USA with ingredients from around the world. Individual results may vary.