Thank you! Your submission has been received!
Oops! Something went wrong while submitting the form.
newsletter

Sign up for our Newsletter get 15% Off Your First Order! 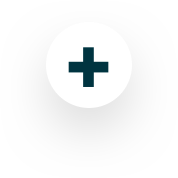 This product is featured in a couple of our favorite bundles. Bundle your supplements for optimal savings & benefits.

“Food of the Gods” - AKA Mushrooms. ‍

Mushrooms have been consumed throughout ancient history. Historically, many cultures, such as Egyptian, Greek, and Roman have recorded the use of medicinal mushrooms as a highly valued tonic often reserved for sacred rituals, as well as for the support of health and well-being. Romans thought mushrooms were the food of the gods, Greeks used them to strengthen their warriors before battle, and Egyptian hieroglyphics show mushrooms as the plant of immortality, called the “sons of the gods” sent to Earth on lightning bolts and eaten only by nobles and pharaohs. For centuries, the Chinese culture has treasured mushrooms as a health food, an “elixir of life.” Mushrooms have a long history of being the most important food for overall well-being in traditional medicine.

Today, the group known as “medicinal mushrooms” has been widely researched over decades, and has become particularly valuable to humans. Much of the health benefits of certain mushrooms stems from their beta-glucan content. Beta-glucan is a form of dietary fiber that helps to modulate your immune system to make it as efficient as possible.

There’s no doubt that mushrooms provide a long list of health benefits for the body. With the use of Balancegenics potent blend of 10 mushrooms, history just might repeat itself—offering complete wellness and vitality for the entire body.

Could a Mushroom a Day Keep the Doctor Away?

When people think of how they can support their immune system, mushrooms are often overlooked. Not only do mushrooms help to support a healthy immune response, they are also powerful antioxidants that give your body an additional immune boost. Think of them as sidekicks for your immune system.

Maitake means “dancing mushroom” in Japanese. The mushroom is said to have gotten its name after people danced for joy when they would find it in the wild because they believed it to have health properties. It grows wild in parts of Japan, China, and North America at the bottom of Oak, Elm, and Maple trees. The maitake mushroom has been shown to support the immune system by supporting healthy white blood cell activity and production. A key component in maitake mushrooms is beta-glucan, a type of polysaccharide, which is a long molecule of carbohydrates found to activate every immune system cell in the body.

Turkey Tail mushrooms are multicolored fungi that grow on tree trunks and fallen trees in wooded areas. They are plentiful in various parts of the world, including the United States. People have used these mushrooms as a health supplement for centuries. Turkey tail contains a compound called polysaccharide-K (PSK) that stimulates the immune system. It also has a wide variety of phenol and flavonoid antioxidants which help your immune system by promoting a healthy inflammatory response, and stimulating the release of immune supporting compounds.

The chaga mushroom (Inonotus obliquus) grows on birch trees throughout the northern hemisphere. It resembles a dark clump of dirt more than a mushroom, but is distinguished from other growths by its orange tissue. Chaga mushroom helps to regulate the production of cytokine—specialized proteins that regulate the immune system. This may help your body’s inflammatory response. Chaga mushroom has the ability to support a healthy inflammatory response, helping our immune system to work at optimal levels.

Nature offers us natural solutions for maintaining healthy energy in the form of mushrooms. These superfoods are able to naturally increase your energy. Our bodies perform best when all the gears are being supported—that’s where mushrooms come in!

This mushroom lives on certain caterpillars in the high mountains in Asia. They have been used in traditional healing and spiritual practices since approximately 5000BC, and it is one of the most expensive mushrooms in the world. People use cordyceps sinensis as a tonic to restore health, or as an adaptogen, which is used to increase energy, and enhance stamina. Cordyceps helps the body utilize oxygen more efficiently and enhance blood flow during exercise. Cordyceps have been shown to not only improve energy and athletic performance, but also speed up post-workout muscle recovery. They help deliver energy to muscles by supporting the body’s production of the molecule adenosine triphosphate (ATP)—responsible for the body’s overall cellular energy. Marathon runners have been known to include cordyceps mushrooms in their diet to increase speed and agility. In 1993, at the Chinese National Games, a team of women runners were able to beat nine world records, giving the credit to cordyceps mushrooms they used in their training program.

This mushroom was first discovered in Brazil, where the native cultures prepared it as a tea for health purposes but also ate it as a food. It has been used in folk medicine for centuries to support complete health within the body. They have so much respect for this mushroom that they call it “The Mushroom of the Gods”. This is mostly due to the support of cellular health. These mushrooms contain special types of polysaccharides known as beta glucans. Studies show that beta glucan stimulates the activity of “natural killer cells” which are a vital part of the immune system, and help to promote cellular health. Royal Sun Agaricus also works as an antioxidant, helping to balance free radicals within the body. By keeping our cells healthy, our tissues, organs and systems work better so we can function at 100%.

Mushrooms have been known to be a brain power superfood. Imagine being able to focus throughout the work day and still have the cognitive capacity to come home and finish up the day without dealing with a tired brain. By supporting neurons in the brain, mushrooms support mental clarity.

Lion’s mane mushrooms, also known as hou tou gu or yamabushitake, are large, white, shaggy mushrooms that resemble a lion’s mane as they grow. They have both culinary and health uses in Asian countries. Lion’s Mane is said to have been used as a tea for thousands of years by Buddhist monks to enhance brain power, and heighten their ability to focus during meditation.  Lion's mane may benefit older adults to support a healthy cognitive function throughout the natural aging process. Scientists have also examined the effects of lion's mane on brain function. Results revealed that lion's mane helped to support memory due to its ability to stimulate the production of nerve growth factor (NGF)—which regulates growth, development and maintenance of sensory neurons in the brain.

Reishi mushrooms (Ganoderma lucidum) have been a part of certain traditional medicine practices for more than 2,000 years. Reishi mushrooms are rare mushrooms that grow at the base of deciduous trees in various hot and humid locations in Asia. Reishi mushrooms are an adaptogenic herb. Adaptogens promote balance in the body, including balancing hormones. Since hormones regulate most of our bodily functions, an imbalance can compromise our ability to live a healthy life. The more balanced your hormone levels, the higher you function— physically, mentally, and emotionally. Reishi have been known to be a powerful brain tonic, that's used to energize and enhance your mood, plus support concentration. They help nerves and neurons have a healthy response to inflammatory reactions, which can help with brain fog.

Shiitake mushrooms are one of the most popular mushrooms worldwide, and grow naturally on decaying hardwood trees. Around 83% of shiitake are grown in Japan, although the United States, Canada, and Singapore, also produce them. They are part of the medical traditions of Japan, Korea, and Eastern Russia. Shiitake mushrooms may help digestive health by supporting a healthy inflammatory response of the gut. The mushroom may also boost immune function and encourage the growth of good bacteria in the gut. Shiitakes are unique for a plant because they contain all eight essential amino acids, along with a type of essential fatty acid called linoleic acid. Linoleic acid helps with maintaining a healthy weight, and building muscle within the body.

White mushrooms (Agaricus bisporus) are the most cultivated type of mushroom in the world. They belong to the fungi family and constitute about 90% of the mushrooms consumed in the United States. White mushrooms also contain prebiotics. This feeds the beneficial gut bacteria in the microbiome, which is helpful in maintaining bowel regularity and supporting digestive health. When your gut bacteria is in good balance, it supports your overall health. You are more likely to have an active metabolism, a clearer mind, abundant energy, and an improved mood.

Black fungus (Auricularia polytricha) is an edible wild mushroom sometimes known as tree ear or cloud ear fungus, given its dark, ear-like shape. It thrives in tropical climates like the Pacific Islands, Nigeria, Hawaii, and India. It has likewise been used in traditional Chinese medicine for hundreds of years, noted for its potential immune-enhancing properties. Similarly to various other mushrooms, black fungus is a great source of prebiotics. Prebiotics are a type of fiber that feed your gut microbiome, or the good bacteria in your gut. These help to support digestive health and maintain bowel regularity. Prebiotics like those in black fungus are thought to enhance your immune response by supporting gut health.

Included In This Bundle 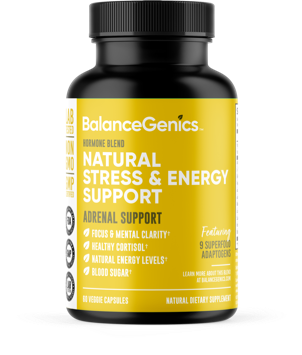 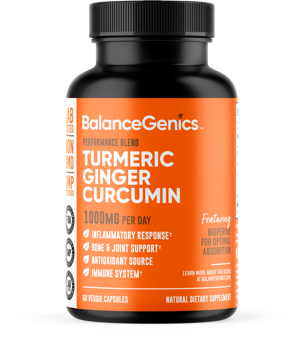 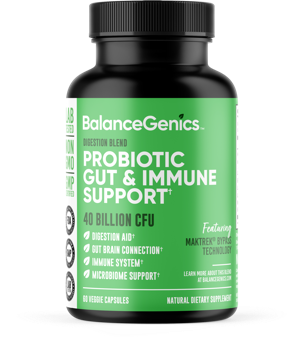 We formulate with clinically studied ingredients that are clean, natural and tested for potency and purity.

As a dietary supplement take two (2) vegetable capsules once a day. For best results take 20-30 min before a meal with an 8oz. glass of water or as directed by your healthcare professional.

Would I get the same benefits from having mushrooms as part of my diet?

Mushrooms have incredible health benefits whether you are eating them fresh, or taking a mushroom supplement. The advantage to taking a supplement is having a capsule that is packed full of a variety of health-enhancing mushrooms, some of which are rare to come by. Many of these mushrooms are not sold at your local grocery store, and may be harder to find.

How big are the capsules?

Our capsules are a smaller than normal size. Typically supplements with the same amount of ingredients would require a large, hard-to-swallow capsule. Our supplements have been made smaller so that swallowing is much easier.

How can taking a mushroom supplement help me?

Taking a mushroom supplement can be beneficial to your health in many ways. Some of the benefits you could expect from mushroom supplements include increased energy, promoting healthy muscle recovery, immune support, antioxidants, supporting a healthy inflammatory response, and better focus or cognition. We recommend consulting with your health practitioner before adding any new supplements to your diet.

Why did you choose these specific mushrooms?

BalanceGencis chose this blend of mushrooms because each one of these specific mushrooms plays an important role in supporting the body’s immune system, gut health, and energy levels. We believe that supporting your health in these three areas is the key to providing total vitality for your body. Each of these mushrooms are unique and provides its own distinct health advantages. 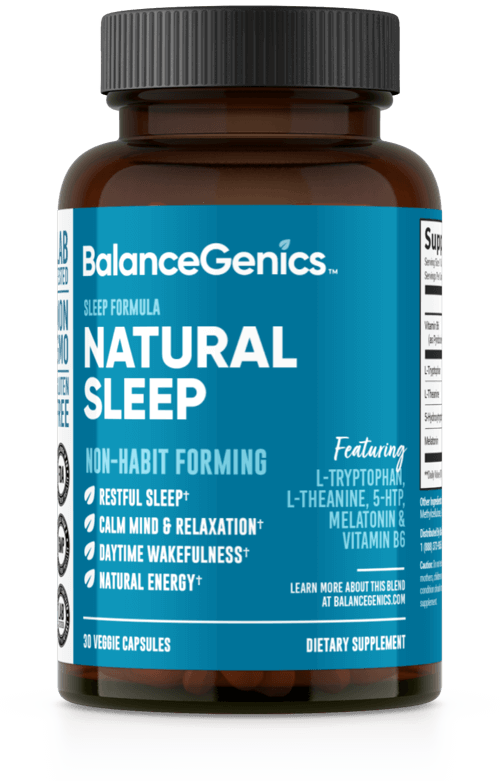 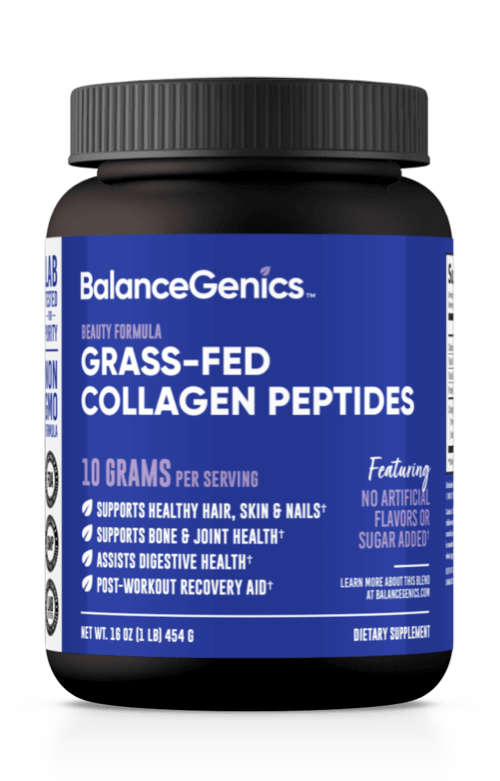 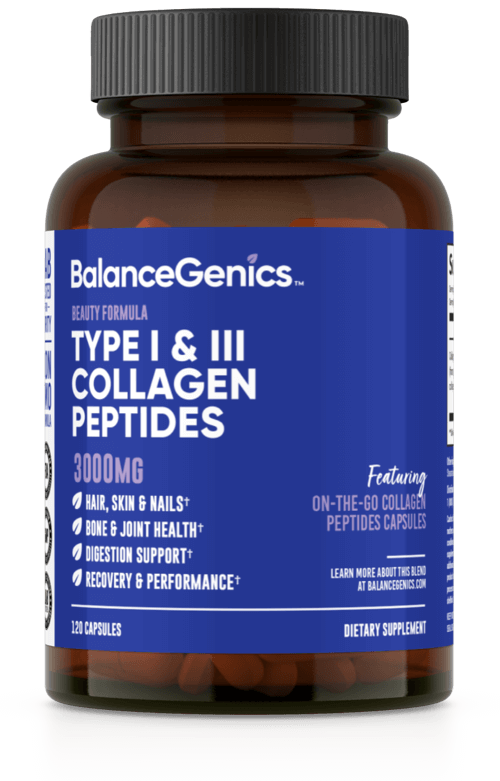 Learn More About The Many Benefits & Uses